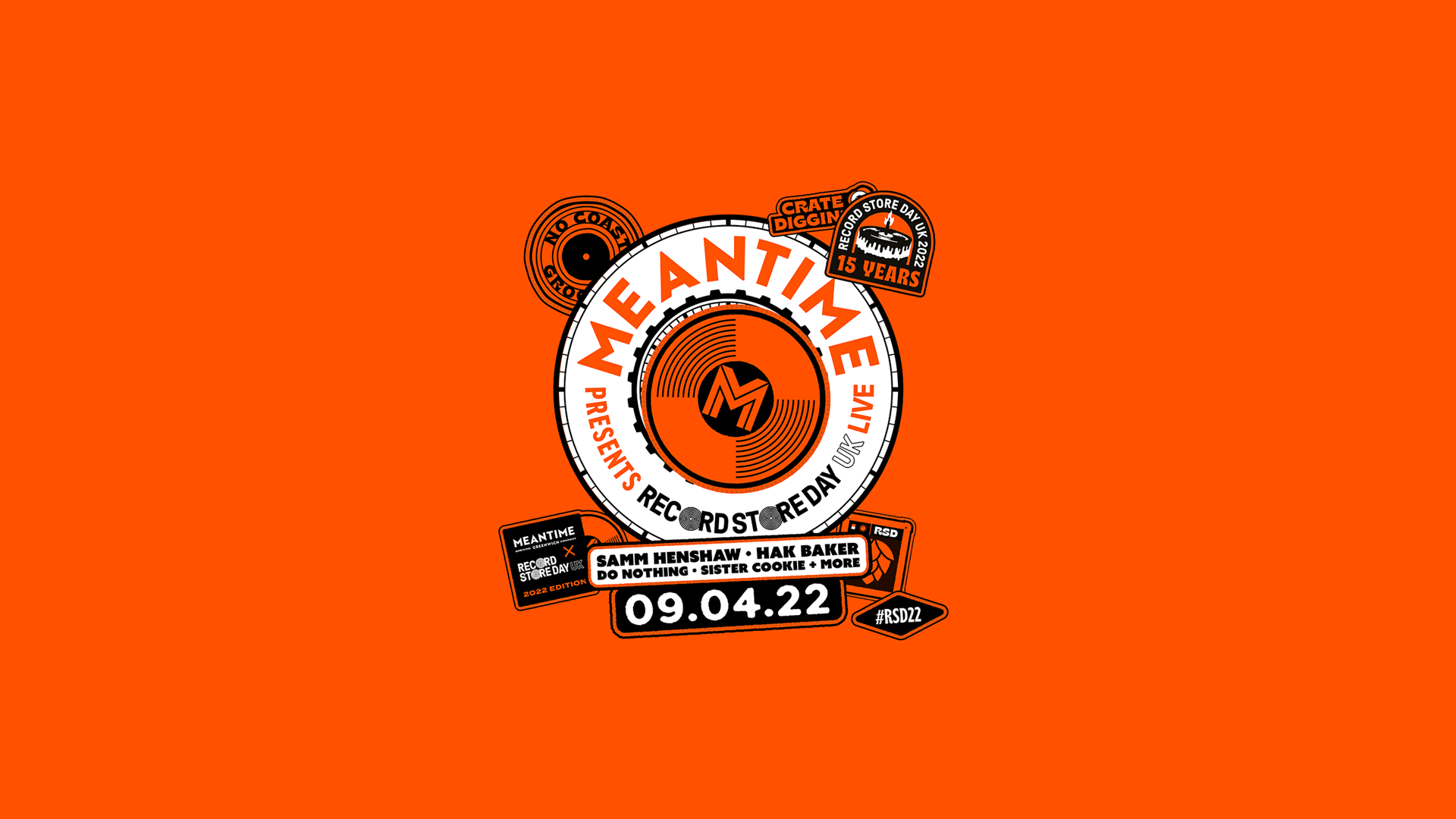 The event will celebrate Meantime’s ongoing partnership with Record Store Day, which celebrates its 15th anniversary in 2022 and continues to support independent record shops around the world. All proceeds from ticket sales for the event will be donated to War Child, Record Store Day’s official charity partner.

Record Store Day Live will be headlined by performances from soulful singer-songwriter Samm Henshaw, and Hak Baker who blends indie, folk and rap with his self-titled G-folk sound. Henshaw’s debut album ‘Untidy Soul’ was released in January to huge acclaim, and was followed by a sell-out UK tour including the O2 Shepherd’s Bush Empire in late February. Baker recently performed a huge show at the Camden Roundhouse and released the ‘Misled EP’ at the end of 2021.

Supporting on the Record Store Day Live bill are Do Nothing, whose punk-funk grooves have lit up festivals including Truck and Green Man, and hotly-tipped funk-soul act Sister Cookie, recently championed by 6Music’s Craig Charles, and winner of the 2020 RSD Unsigned competition. Record Store Day Live will be hosted by BBC Music Introducing’s Jess Iszatt, alongside guest DJs and special talks.

As well as the live music and DJ sets there will be plenty of opportunity to pick up music and merch at the Record Store Day Live vinyl fair, with record shops including Peckham Soul and Dreamhouse London bringing a selection of new releases and rare pressings. A hand-picked selection of local street-food sellers will help keep music fans well fed during an epic day of live music.

Meantime presents Record Store Day Live will celebrate the music and spirit of a vital event in the cultural calendar, and bring good vibes and great beer to South East London for a special day.

“Meantime has a long-standing connection to music, from the early days of the Beer Box outside the O2 arena to its recent work with South London jazz musician Moses Boyd.

This year’s Record Store Day beer is called B-Side, dubbed a ‘No Coast IPA’ as it includes modern hop varieties from the USA, UK and Germany, making it a truly global style. At 4.8% ABV, the beer will be available exclusively at Record Store Day Live on draught and in 440ml cans via the brewery's online store. All profit from the cans will also be donated to War Child.”

“Record Store Day has a long history of bringing people together to celebrate their shared love of music, vinyl and record shop culture – and Record Store Day Live is set to make these celebrations bigger and better than ever before! As Record Store Day gears up to celebrate its 15th anniversary, this amazing Meantime collaboration will be a one-of-a kind event featuring a whole day of exceptional performances, tasty food and of course – our favourite beer! And to top it all off, we are delighted that all proceeds will go towards supporting Record Store Day’s Official Charity Partner, War Child, and the amazing work that they do.”

Donate to War Child’s Unlock a Generation appeal and until 31 May 2022 the UK government will double your donation to keep children – in particular young girls - in Yemen out of child labour and early marriage, and in school for a better, safer future, while supporting War Child’s emergency response work in places like Ukraine. Simply make a donation via the website now - https://donate.warchild.org.uk

Meantime Brewing Company was founded in 1999 by Alastair Hook. Originally the brewery began on a small industrial estate in South East London before moving to its current home in Greenwich, 0° 2' 12" east of the Greenwich Meridian.

The brewery was set-up to change the way that people thought about beer in the UK, to move away from the boring and bland, and embrace variety and flavour. Meantime was one of the forefathers of the craft beer movement and the pioneer mindset is still what drives the brewery forward to this day.

Record Store Day is the one day of the year when over 265 independent record shops across the UK come together to celebrate their unique culture. Special vinyl releases are made exclusively for the day and many shops and cities host artist performances and events to mark the occasion. Thousands more shops celebrate the day around the globe in what’s become one of the biggest annual events on the music calendar. www.recordstoreday.co.uk

Please contact Jack Granard at jack.granard@theacademypr.com / 07951 201 122 with any queries.