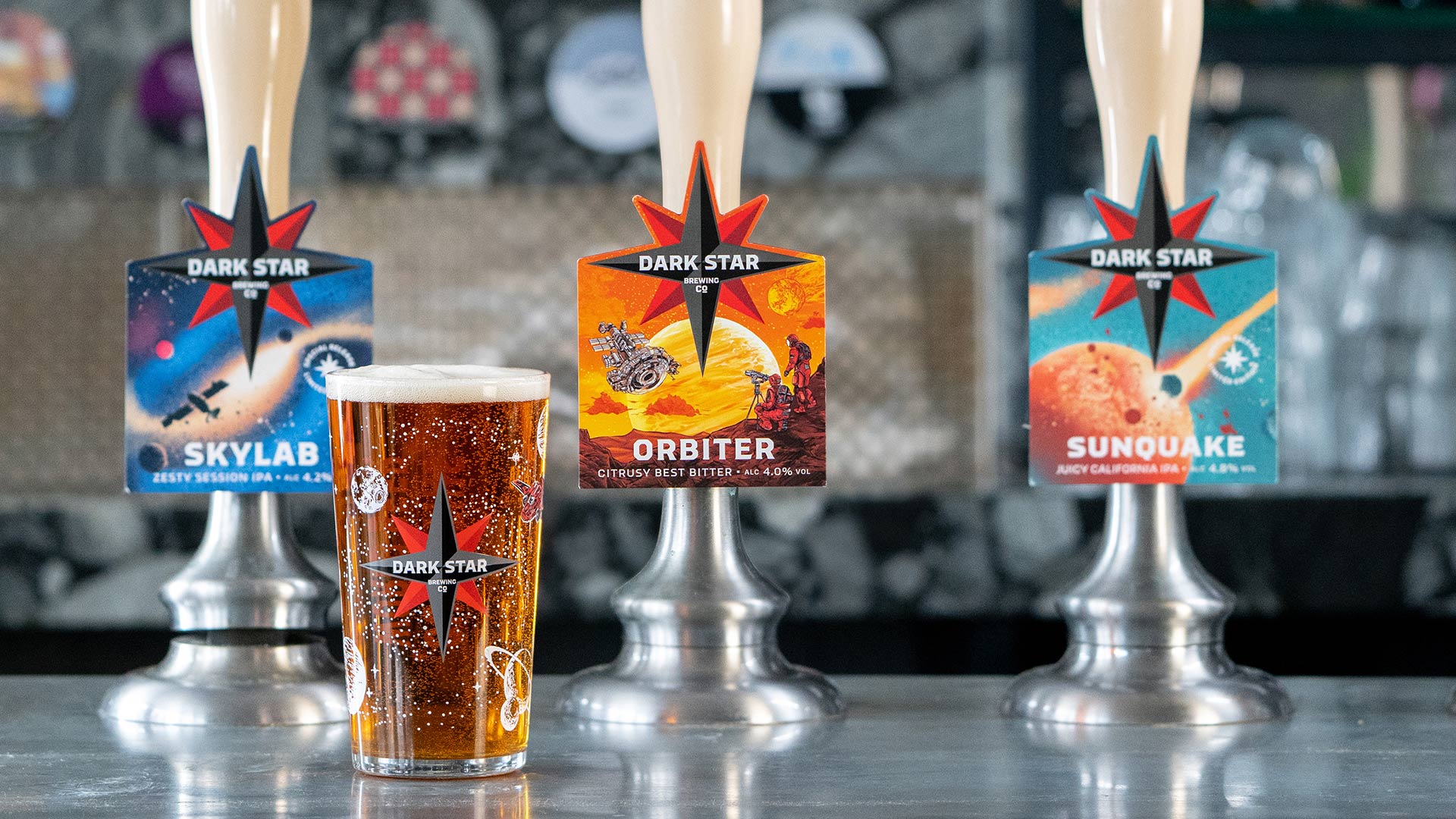 Dark Star Brewing Co. is launching new Orbiter Best Bitter (4% ABV) this July. Available at selected pubs on cask and via the brewer’s online shop, the brew will be also be available at the London Craft Beer Festival (13-15 August) and the Edinburgh Craft Beer Festival (20-21 August) ahead of nationwide rollout later this year. The introduction of the latest innovation follows the successful rollout of a new visual brand identity for the Dark Star portfolio introduced earlier this year.

This is Dark Star’s latest brew innovation since unveiling its new look across its core beers: Dark Star Hophead, American Pale Ale and Revelation IPA. The new brand identity now appears across on and off trade touchpoints, from bottle packaging to bar pump clips. Designed by Brighton native and street artist SNUB23, the new look brings the brewery forward with a modern and rebellious look reflects its position as an innovative and progressive craft brewery that takes consumers into the Dark Star universe with each beer brough to life with a surreal space sci-fi scene.

Dark Star Brewing Co. Head Brewer, Henry Kirk comments: “It’s exciting times here at Dark Star. We’re really happy to be brewing and sending out cask beer for pub-goers again, and to be launching a new brew in a classic style through Orbiter Best Bitter is fantastic. We know Dark Star is a brewery that many beer enthusiasts are very fond of, and we’ve taken important steps in 2021 for us to continue to establish ourselves as a spearhead for modern craft and cask beer in the UK.”

Marketing Director, Asahi UK, Sam Rhodes added: “Dark Star has a hugely important role to play in our portfolio and we’re concentrated on empowering it to reach the heights we believe it can. Cask ale in particular has been uniquely hit by the pandemic, we’re committed to ensuring this cornerstone of British beer will flourish once again and Dark Star will be at the forefront of this.”

Dark Star Brewing Co. was founded in Brighton in 1994. Now situated in Partridge Green, West Sussex, the modern craft brewer offers award winning and creative beer across the on and off trade. https://www.darkstarbrewing.co.uk/

Asahi UK is a subsidiary of Asahi Europe & International and is responsible for sales, marketing and customer operations across the UK and Ireland. Asahi UK aims to enrich consumer experiences through innovation, high-quality service and an exceptional portfolio of premium beer, ale and cider brands including, Peroni Nastro Azzurro, Asahi Super Dry, Grolsch, Meantime, Dark Star, Fuller’s London Pride and Cornish Orchards. The business is focused on developing quality, super premium brands and delivering commercial value in the marketplace, through a strong belief in collaboration, customer excellence and people development. For further information, visit www.asahibeer.co.uk